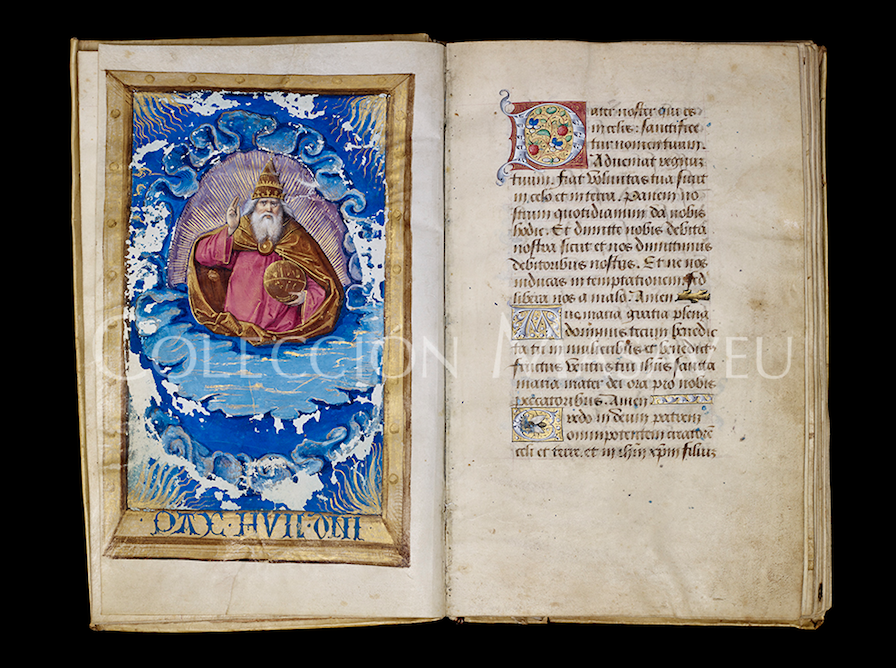 Corporación Masaveu boasts a library including numerous first editions from some of the most important 16th and 17th century authors, amongst which we treasure the Book of Hours, an incunabulum dating back to between the 15th and 16th century by the author Jean Poyet, crafted with leather and paper, consisting of 106 pages with 21 lines on each, 13 of which include hand painted miniatures. An unpublished Codex by Lope de Vega, which contains a variety of texts including poems, summaries of plays, letters and other pieces of writing also forms part of the collection. The library is a key component, mainly as a document archive but also for reference purposes. With around 100,000 books and an extensive newspaper and document archive, the library forms a bibliographic and documentary heritage of great interest and value, serving as a magnificent source of knowledge and research.